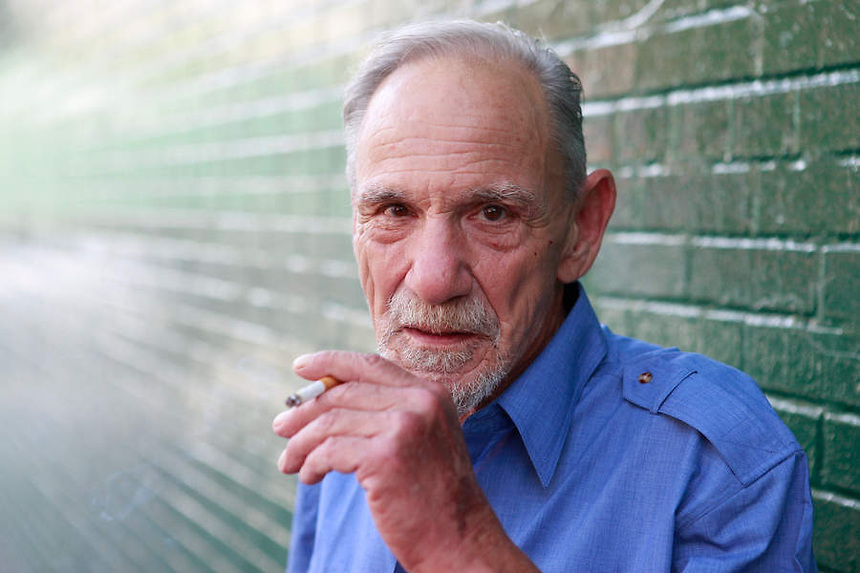 Henry Hill, in the East Village, 2010. Hill was a former American mobster, a Lucchese crime family associate. In 1980 Hill was arrested by the FBI, became an informant and entered into the Witness Protection Program. Hill's life was featured in the book Wiseguy, written by crime reporter Nicholas Pileggi, and the 1990 Martin Scorsese film Goodfellas. Hill passed away in June 2012, he was 69.